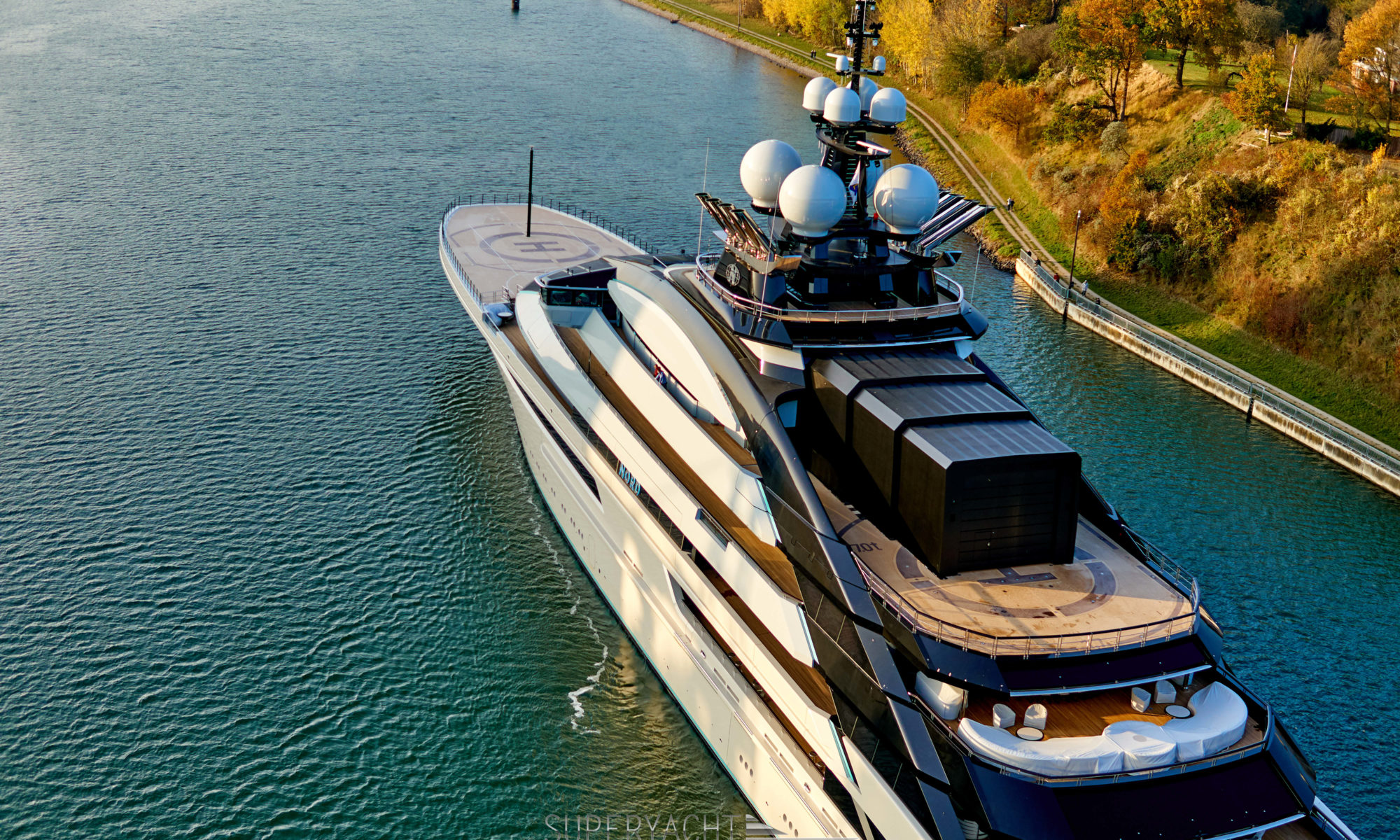 This stunning newbuild yacht was recently named Nord. She was built by Lürssen in Bremen. After some sea trials her owner went on a first voyage to the Baltic Sea. After visits in Eckernförde, Flensburg and the isle of Rügen. Nord returned to Kiel for a passage through the Kiel Canal. Many people turned heads while this 142m megayacht made her way to the locks in Kiel Holtenau. This morning she arrived in Bremen and will shortly be delivered. Design was drawn by Nuvolari – Lenard, while the project was managed by Moran Yachts.

Nord is the owners upgrade from his previous vessel Lady M which we had spotted five years ago in Sardinia, Italy.

If you want to use some of these pictures or if you are interested in more pictures. Please contact us via mail: info@superyachtblog.de 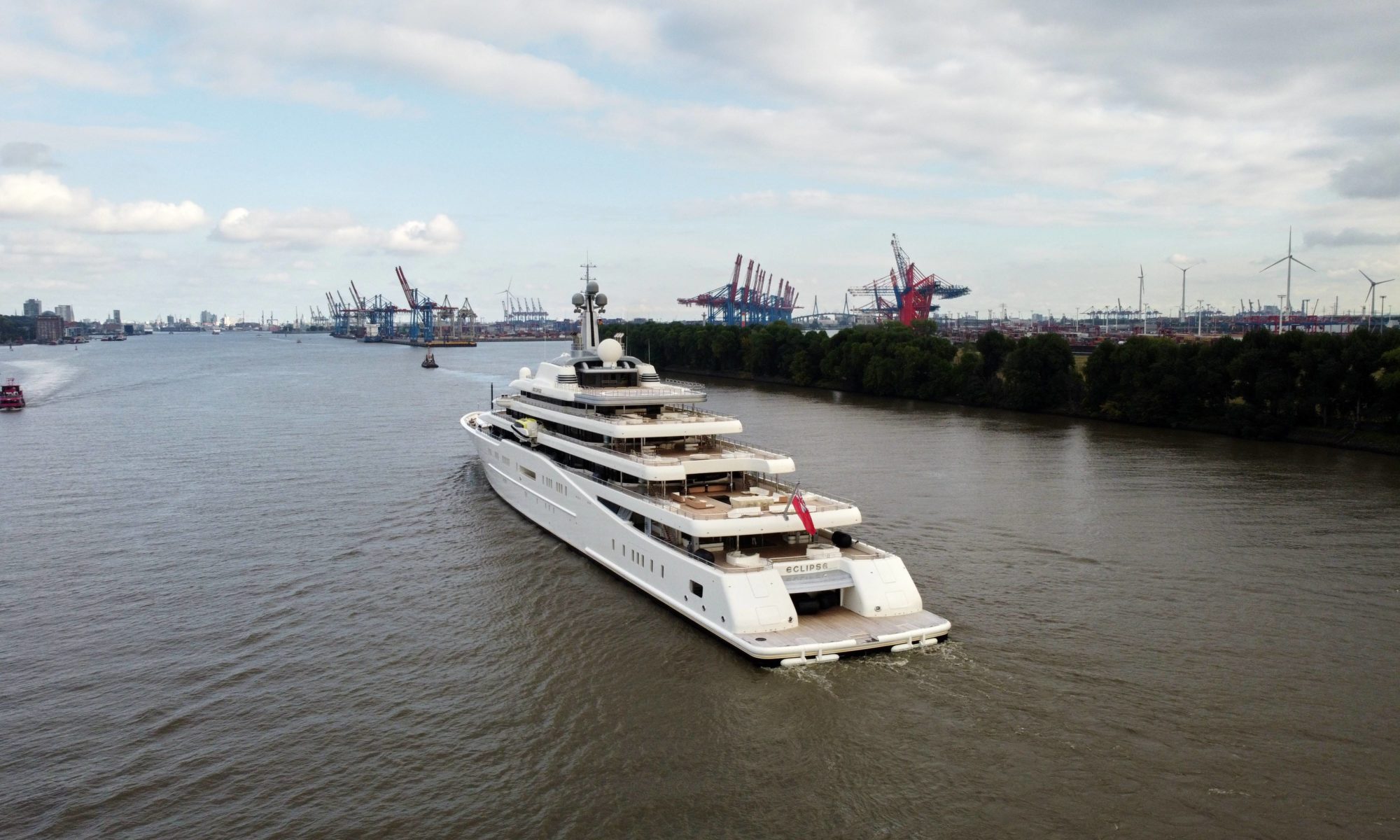 It’s been quite a while since my last blog post here on Superyachtblog. Currently we are focusing on social media and improving of our photographer skills. But we hope to deliver more content here as well.

A few weeks ago the legendary superyacht Eclipse arrived in Hamburg. This 163 meter long vessel was built in 2010 in Hamburg at Blohm&Voss shipyard. And now she’s back at her construction site for a refit. Eclipse is well known for her serial yacht owner Roman Abramovic. As well as for many rumors about her technical features. Confirmed is that Terence Disdale designed her exterior and interior. Eclipse is the largest yacht drawn by him and his team, but he is responsible for several other well known yachts like A+(ex. Topaz), Pelorus, Radiant, Tatoosh,…

And here are some pictures of megayacht Eclipse in Hamburg. If you are interested in more pictures, please drop a message to info@superyachtblog.de. 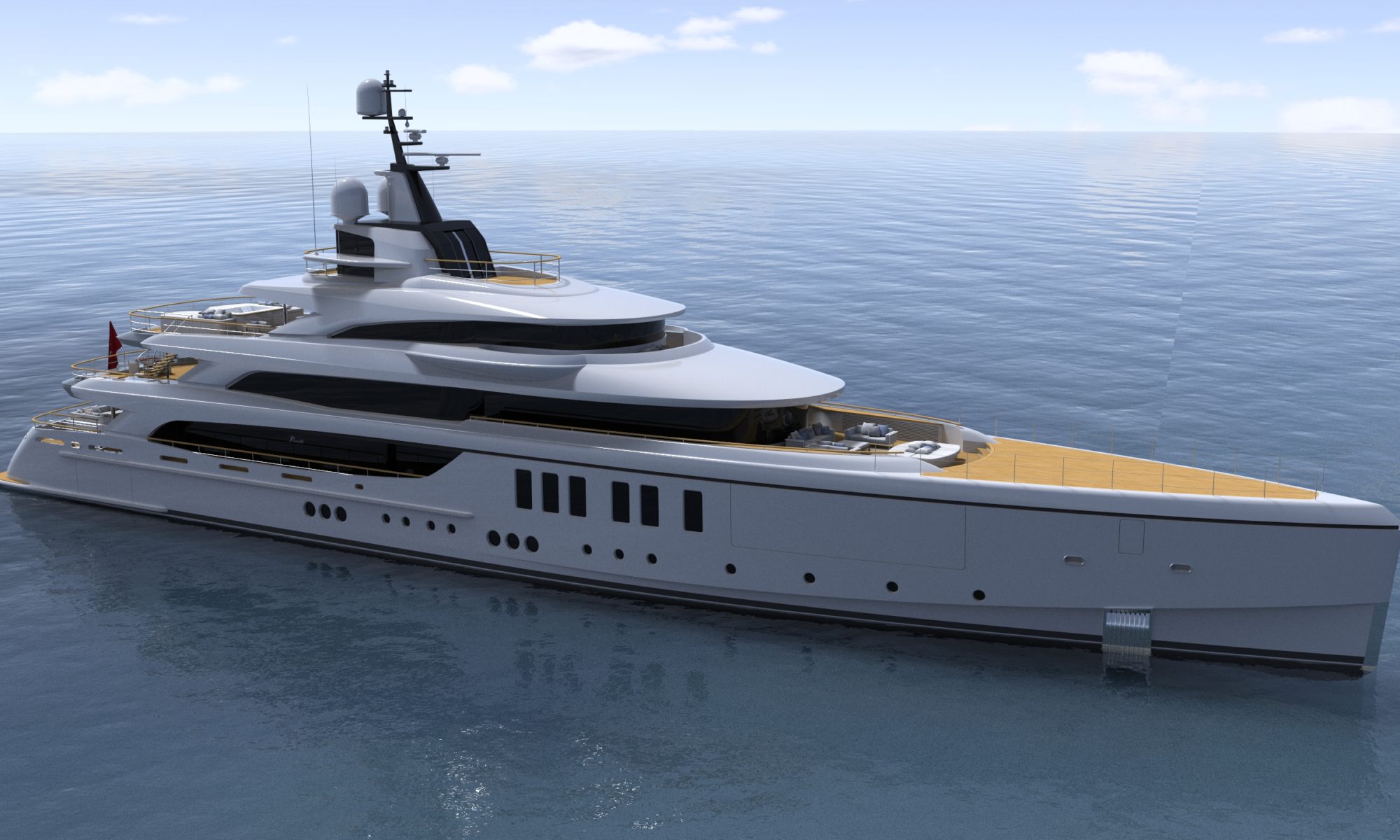 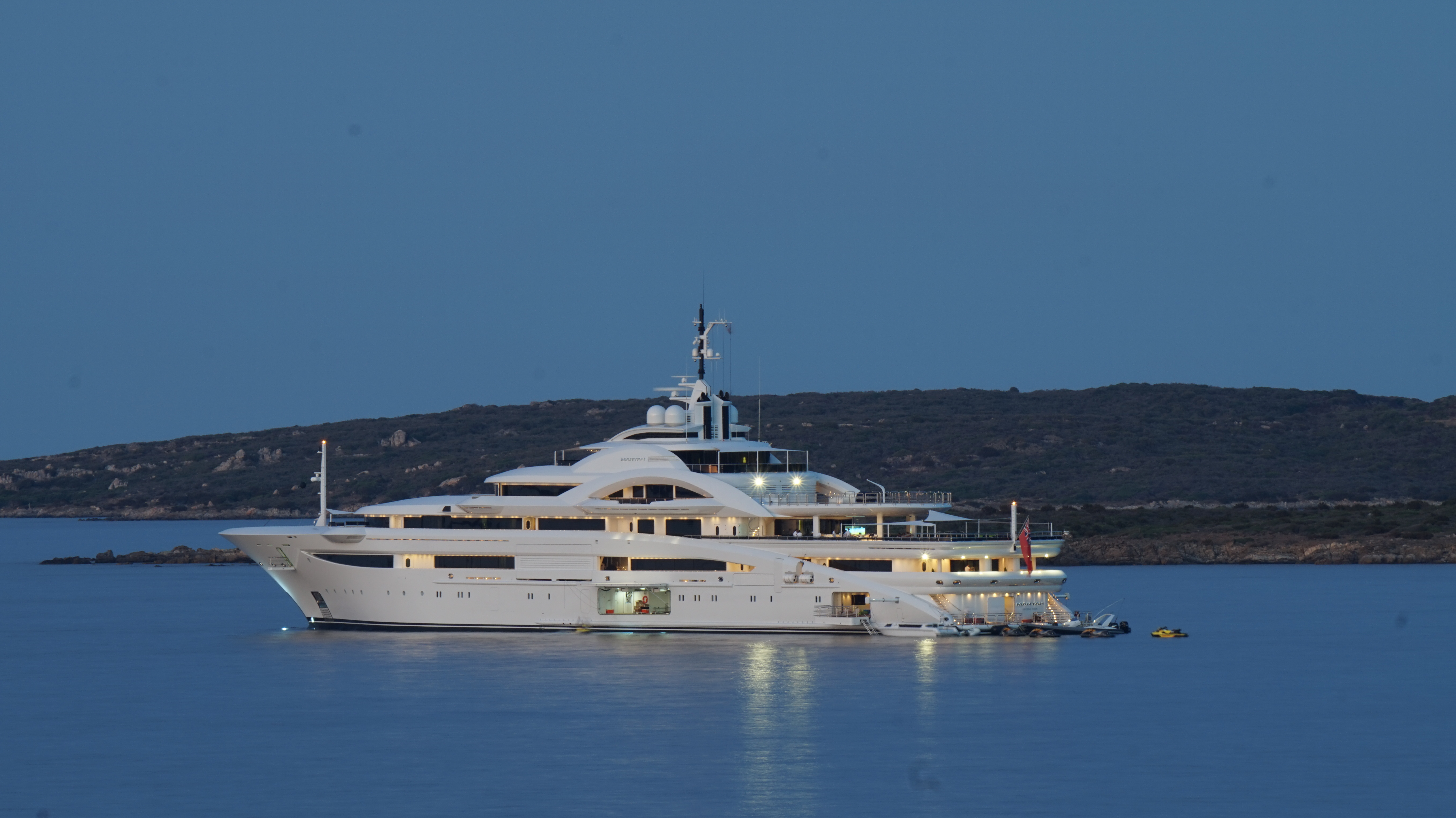 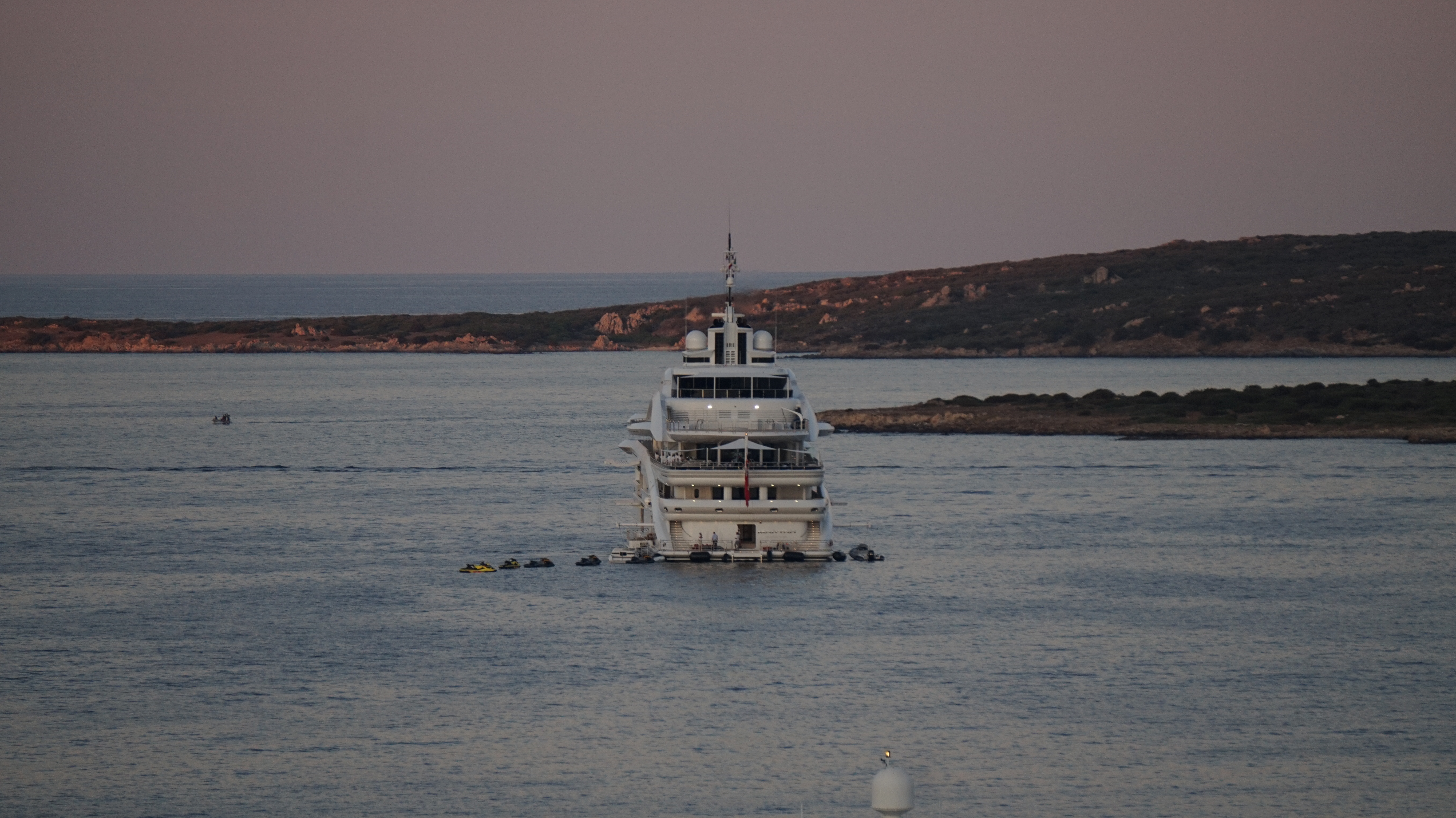 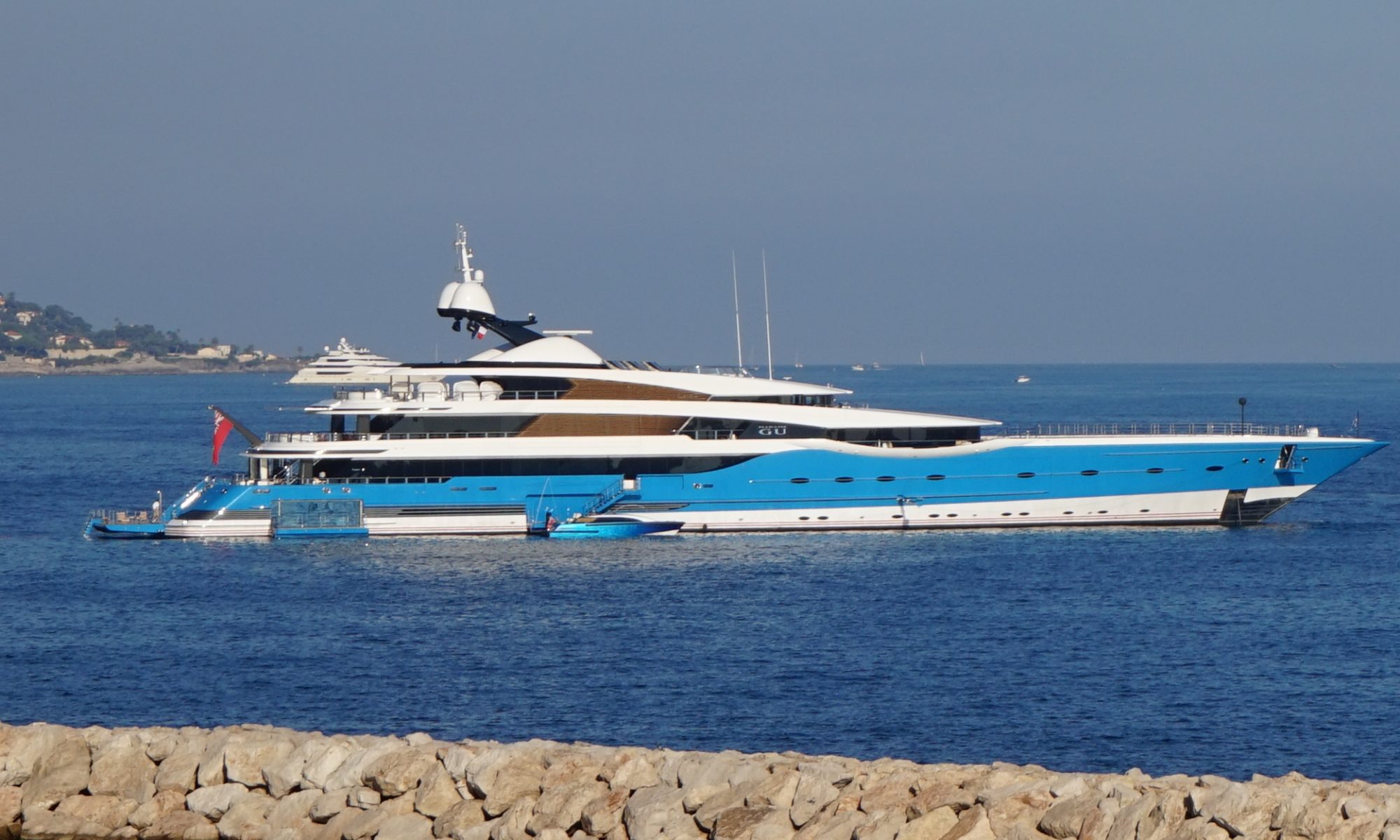 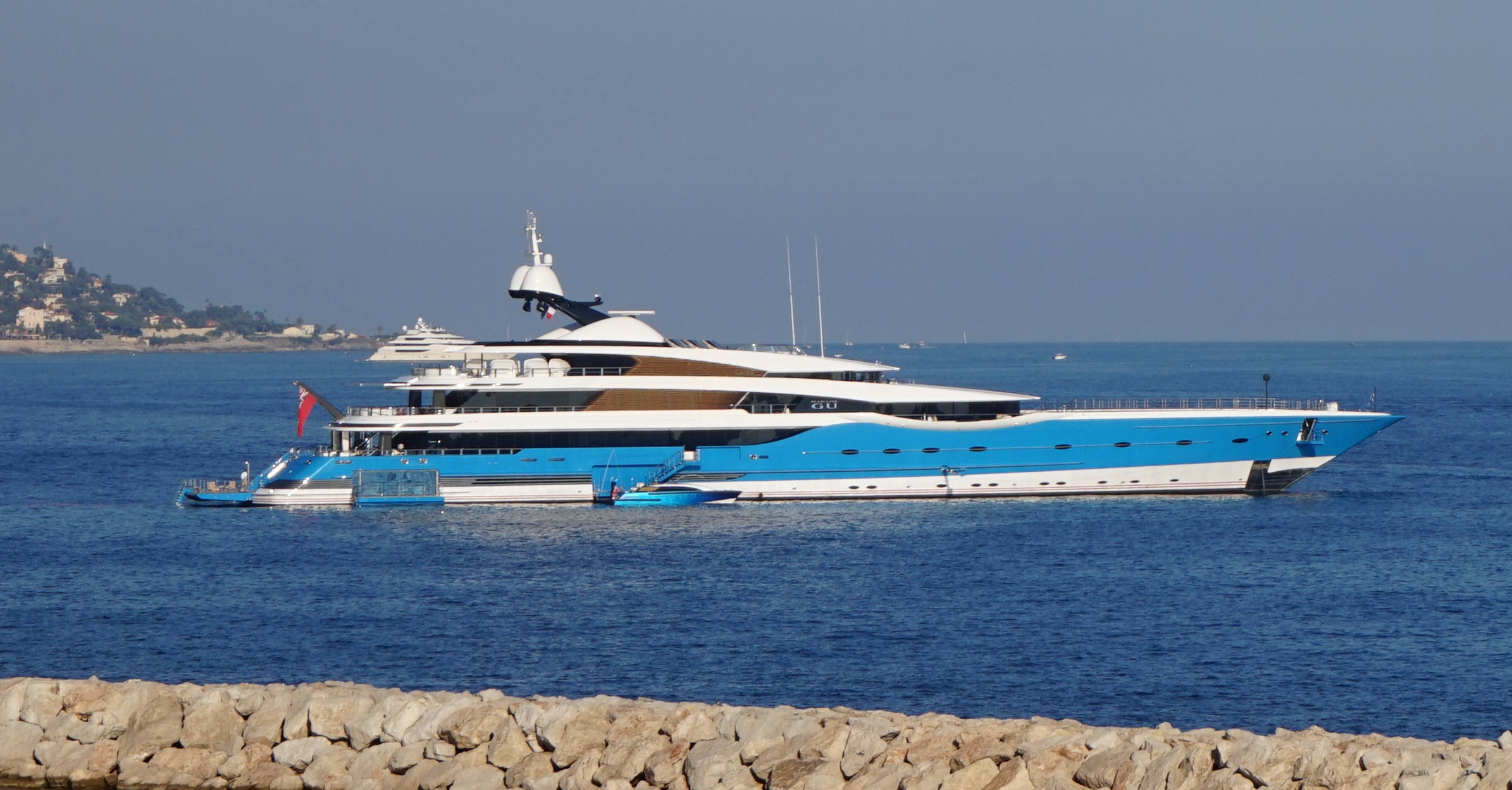 Madame Gu is a 325ft long superyacht, launched in year 2013 under her projectname “Dream”. The yacht has 38 crew members, and they are looking forward, that every wish is read from the guest’s lips. Madame Gu has the capacity for twelve guests in six luxurious cabins, including a huge master cabin. The maximum speed is reached at about 25kn. The exterior design is from De Voogt Naval Architects, for the interior design the owner engaged  Andrew Winch. A board this superyacht are two custom build tenders, each 33ft long, looking like smaller versions of the huge mothership. Also there is a helicopter, which impresses with its very luxury interior. The yacht won in the year 2014 the Worlds Superyacht Award in the categorie “Displacement motor yacht 2.000GT and above”.

Today I release the first review about the Monaco Yacht Show (MYS) 2014 and the yachts, which anchored at the bay of Monaco or exhibited at the port.

The Port Hercule was chock-full of superyachts and the waters between were equally well filled with all sorts of tenders. In addition, there were still some shuttle-tenders for VIP-visitors. 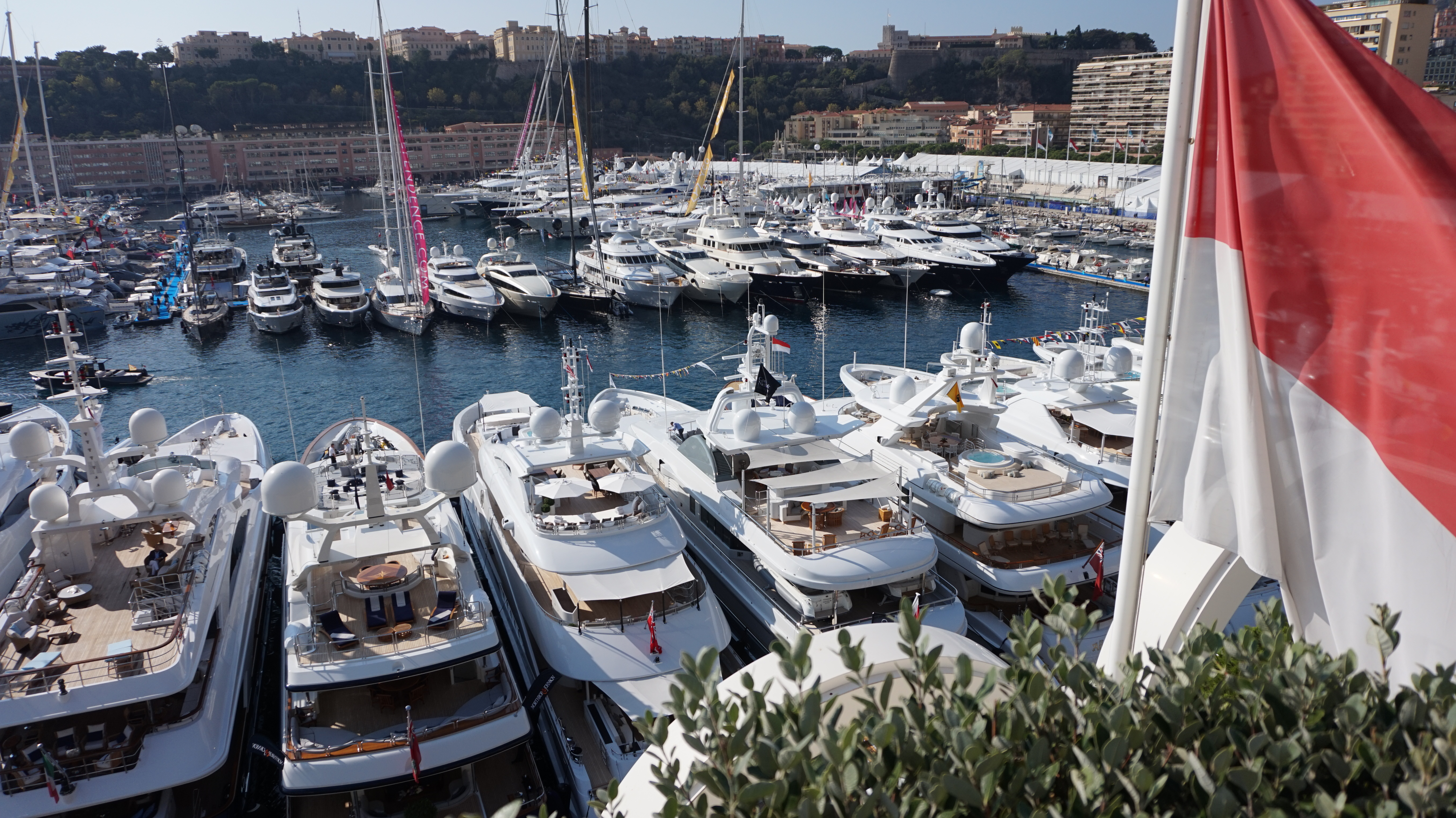 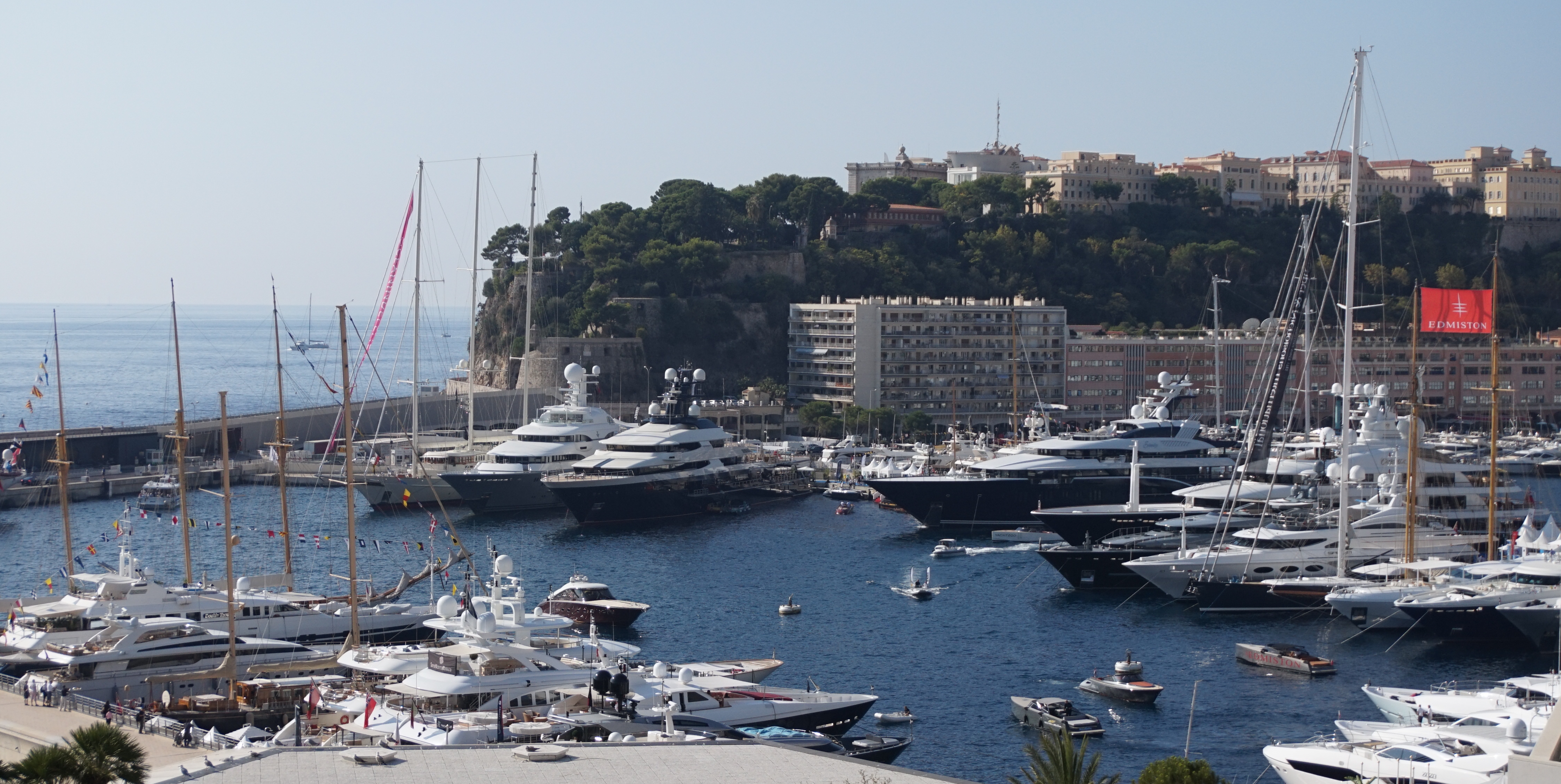 On the show itself were countless superyachts, with lenghts of over 130-164ft.

The best of the best shipyards and designers were also in Monaco, and presented their new, exciting and innovative projects, 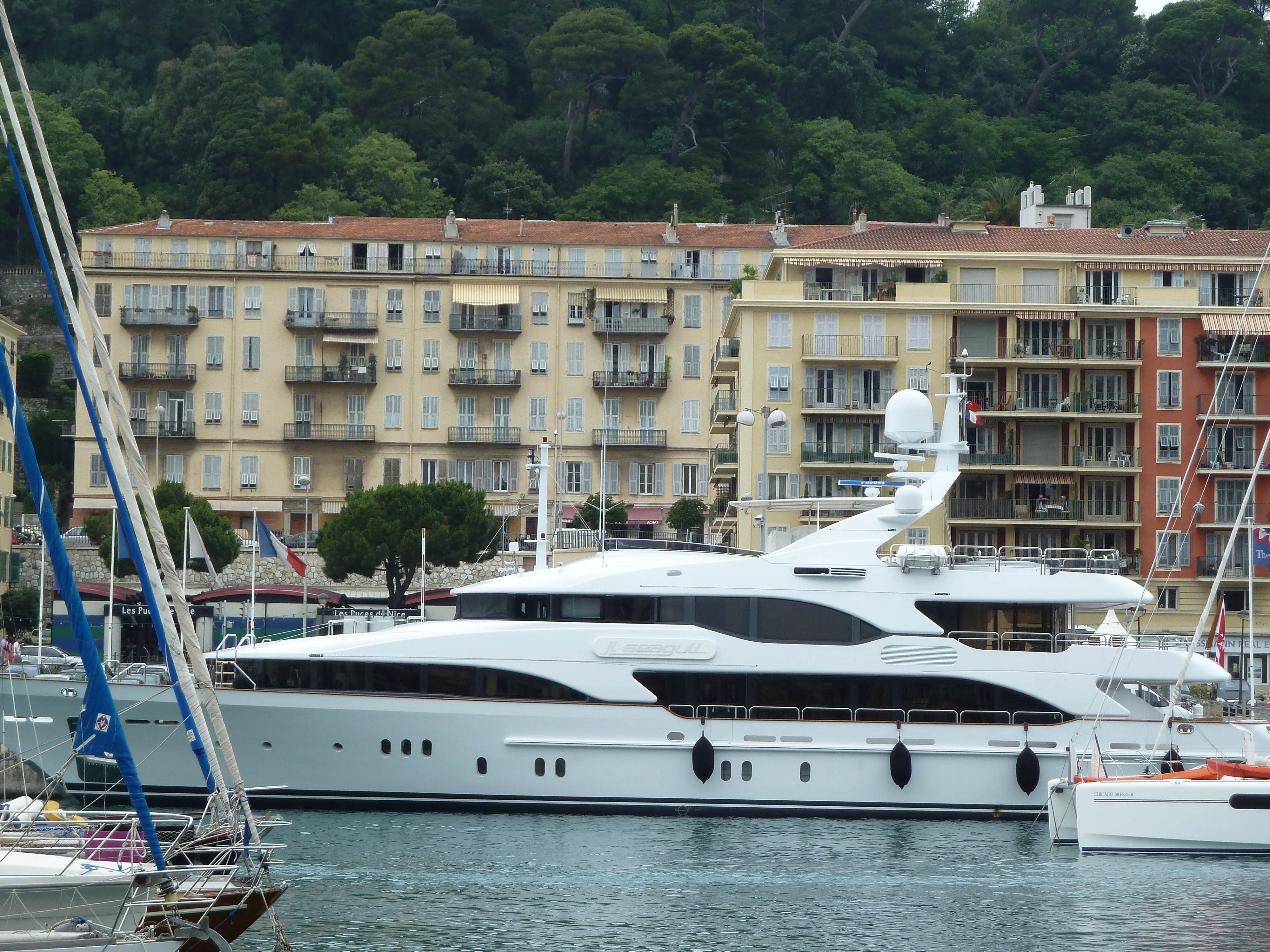 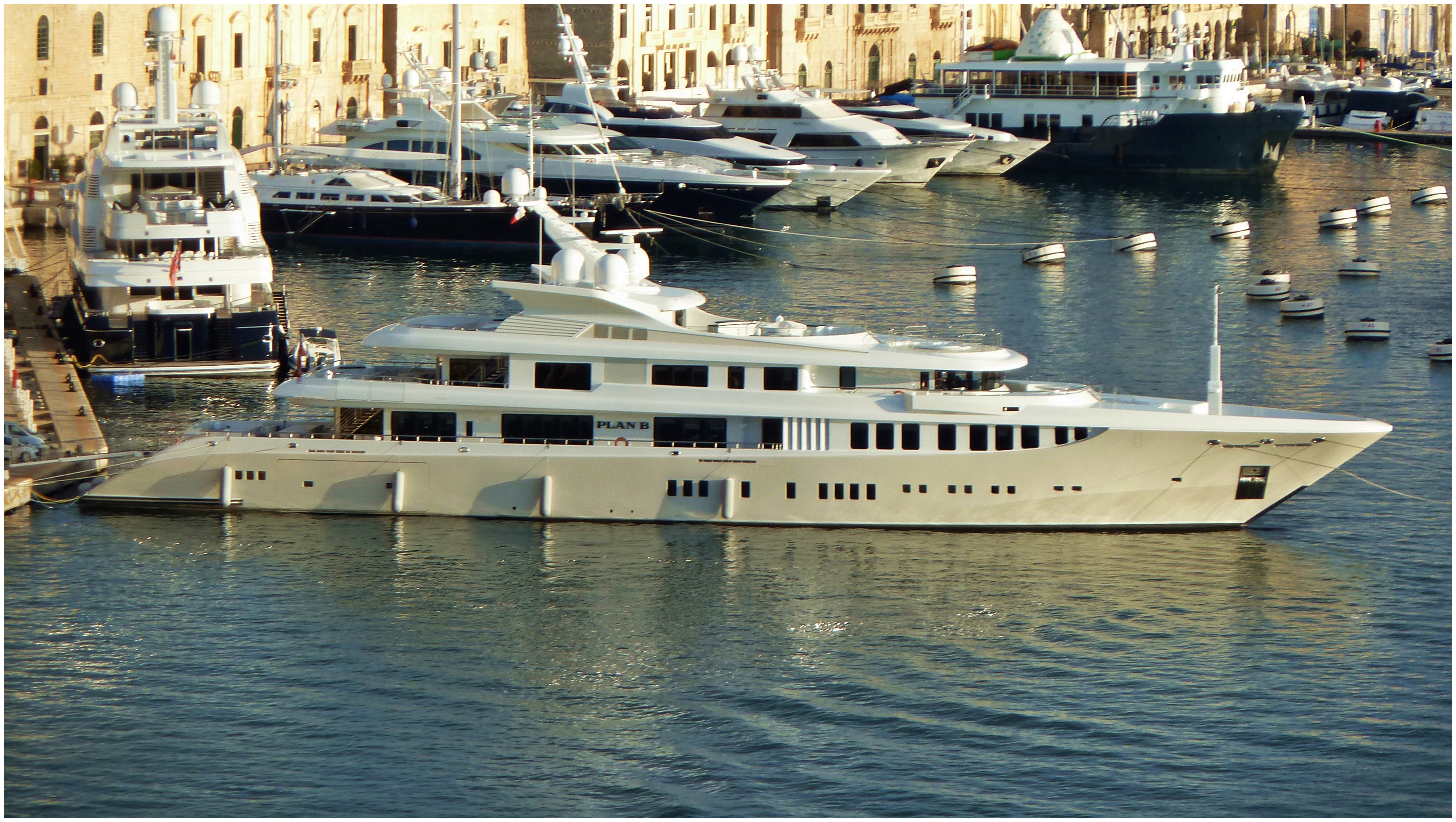